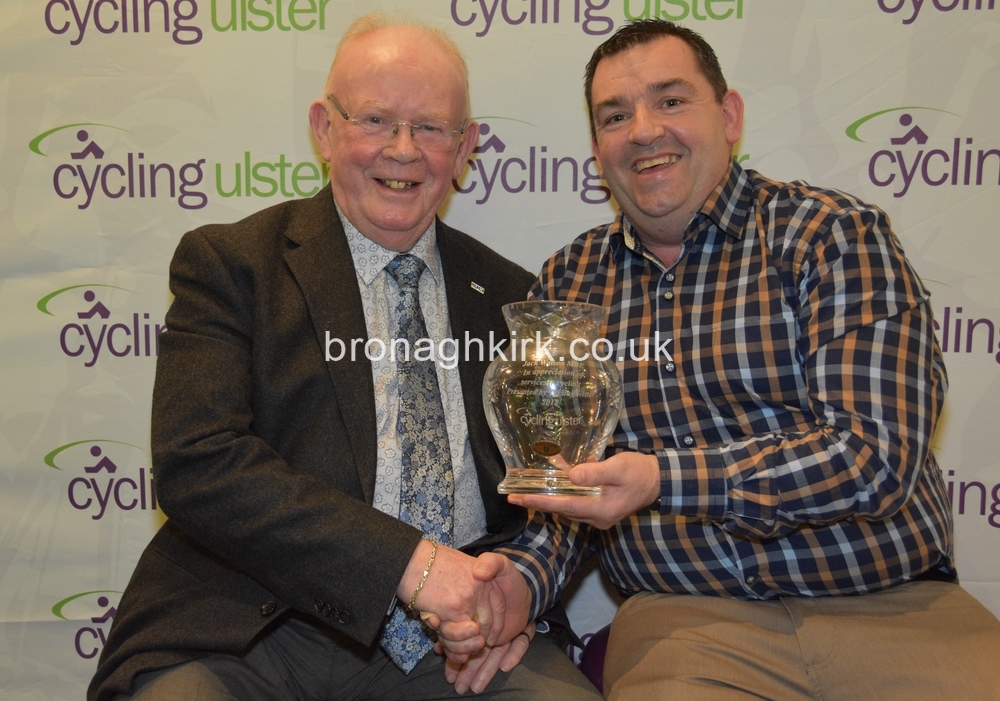 Master of Ceremonies Martin Grimley assisted by Patrick Withers ensured that the many awards were presented in a very efficient manner.

New chairman Tommy McKeague praised all of those who won awards but also said that all who took part at any level deserved great praise and encouragement. He presented a new 'Chairmans award' to Jack Watson MBE in recognition of his life time of service to cycling in Ireland as well as internationally.

List of award winners can be viewed on this page.