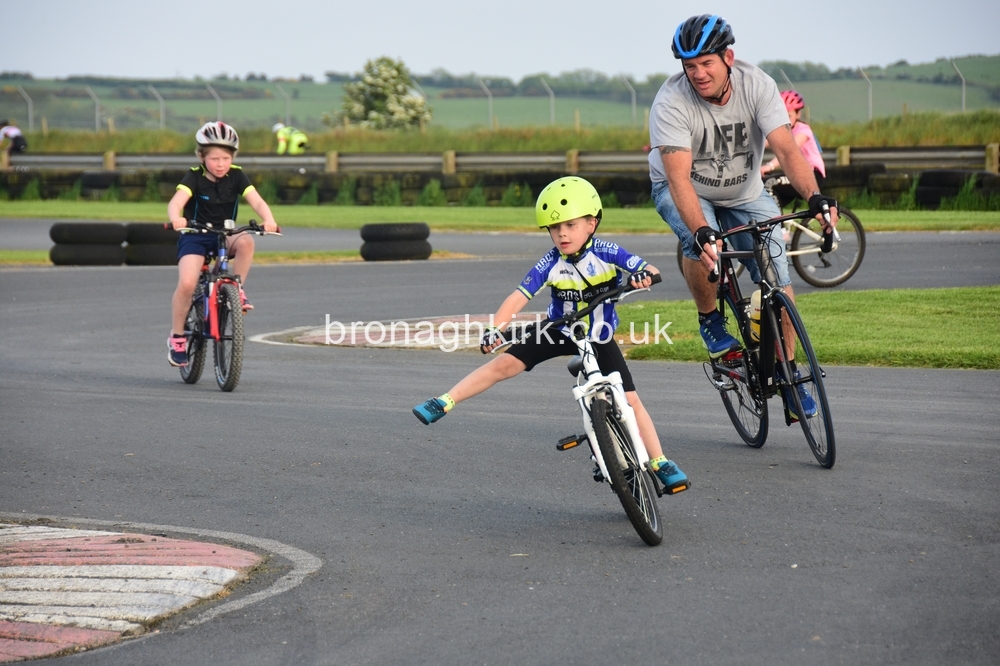 Andrew Chivers (North Down CC) won Round two of the Kiristown series tonight with a solo attack on the last laps of the 45 minute race on the Motor racing circuit.

Runner up was Adam Skeet (Northern CC - Dave Kane Cycles) with Colm Watson (VC Glendale) third. Gareth Boyle (North Down CC) deserves a special mention for his efforts tonight in finishing in 8th place. This is a remarkable comeback after his severe injuries sustained last summer.

A huge number of children enjoyed their own race earlier in the evening.